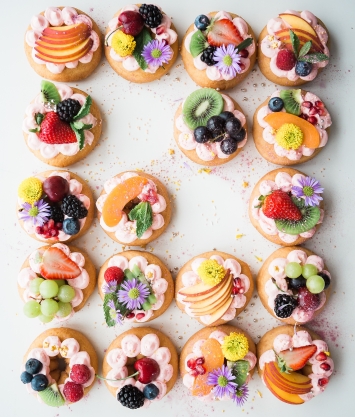 Photo by Brooke Lark on Unsplash

Learning the difference between fewer and less is actually easier than you may think. The key is whether you can count the object or thing you are talking about.

For example, if you have a plate of six cookies in front of you, and then you eat one, you would say, “I have fewer than six cookies on my plate.” You use fewer because you can count the cookies individually.

However, if you have a full glass of milk with your cookies, and then you drink some milk, you would say, “I have less than a full glass of milk.” You use less because milk is a mass noun, which means you can’t count it. (For a refresher on mass nouns, check out this Grammar Party post.)

However—no big surprise here—there is an exception to this rule. When you’re talking about time, money, or distance, you are allowed to use less, even though you can count their specific units.

Time: If you start watching a one-hour television show, and then your friend asks you fifteen minutes later when it will be over, you would say, “The show will end in less than one hour.”

Money: If you start off with fifty dollars, but then you spend some, you’d say, “I have less than fifty dollars now.”

Distance: If the cookie store is one mile away from your house, and you have walked three blocks already, you would have less than one mile to go.

Quiz
To test your skills, fill in the blank with less or fewer. The answers are at the bottom.

Get your FREE guide to 2020 writing conferences here: http://www.dotanddashllc.com/conference-list

2 thoughts on “Fewer vs Less”