I’m opening up membership to my private writing group on Facebook! Until today, I kept the Dot and Dash Writing Community only for book-editing and author-coaching clients and a select other few writers. But then I thought—Why keep this goodness a secret?

So come and join me!

When you’re a member of the Dot and Dash Writing Community, you’ll get links to articles about writing, editing, and publishing, as well as top writing resources across the web. You’ll also get to access to my weekly Ask the Editor videos, where I answer questions from members about anything and everything in the writing world. Plus you’ll get to be a part of a supportive and friendly community of authors and aspiring writers like you.

This group is a judgment-free zone where you can share your struggles and your wins and your thoughts about your writing life, make friends, find accountability partners, and connect with industry professionals.

So why are you waiting? Join the Dot and Dash Writing Community now! I can’t wait to see you there. 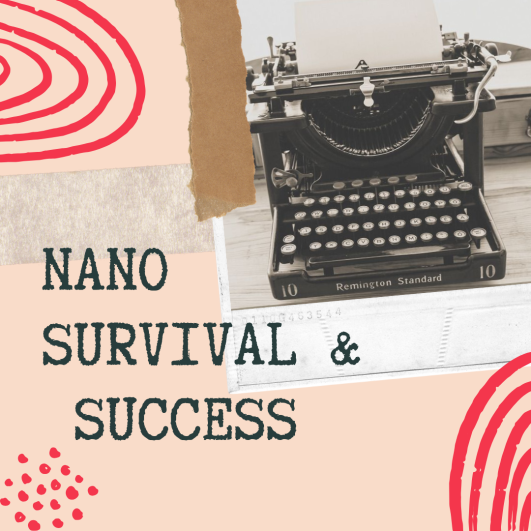 Hundreds of thousands of people are signing up for National Novel Writing Month (NaNoWriMo) this year, just like they do every year. And like every year, most people won’t hit the 50,000-word finish line they’re supposed to reach from November 1 to November 30. Almost 90 percent won’t, if you tally up the scattershot figures.

The biggest reason why is because people don’t plan ahead. That’s the main thing that separates the “winners” from the “losers” (it’s called “winning” if you reach the word count). One group spends hours deliberately preplanning their novel, and the other plops down on November first with a pot of coffee and a couple vague ideas, thinking 50,000 words will magically pour out.

Unfortunately, there’s no magic, folks. But you can finish in time, with a solid first draft, if you spend the time now preparing.

There are three main areas to plan: plot, characters, and setting. Here’s a breakdown of what you need to think about for each section.

Plot
You can get as detailed as you want with your plot planning, but there are some areas you will want to figure out for certain:

Some people will make a scene-by-scene outline that includes all kinds of details and even the position of the moon. They’re called “plotters.” The writers who recoil at the previous thought are called “pantsers,” as in “fly by the seat of their pants.” They sit down and write what comes to them as it comes to them. Under normal circumstances, I tell writers to do what feels best. Either way can be successful. But when you’ve been writing for twenty plus days in a row and your last three lines have come from you falling asleep on the letter Z, you’re going to be thankful you at least outlined your key events.

Characters
For your story to feel believable and not one dimensional, you’ll want to have thoughtful, fully realized characters. This is why you’ll want to create a character profile for most of them. (The waitress with only three lines gets a pass.)

Your profile should include:

You won’t need to include every detail about every character in your book, but knowing so much about your characters will help you better assess how they will react in any given situation.

Setting
Setting is important to establishing the feeling and mood of a scene. A scene taking place in a shopping mall cafeteria would have a starkly different feeling than one happening in a darkened cave, for example.

Some questions you’ll want to ask yourself about your settings include:

Organize Your Thoughts
One way to organize all of these details is to use a workbook. I have created one called The One-Month Novel Workbook. It includes 64 pages of worksheets covering all of these topics and more, along with writing-success guides and self-care ideas.

The workbook comes as a digital download and in print. You can learn more about it, and the book-coaching program I have created for this contest, here: https://www.dotanddashllc.com/shop